This web site is all about our 1929 gaff cutter, Wind Song with a little bit of history and the occasional update on what we have been up to.

Wind Song was designed by Maurice Griffiths in 1928 , and built by George Feltham in Portsmouth in 1929.

Maurice Griffiths was a young man working on his first designs but had already realised that the various deep keeled Victorian cutters he had sailed on were not well suited to the shallow Essex creeks and backwaters where he sailed. Equally the shallow draft yachts he had sailed were very often lacking in some ways often with leaky centre plates. Wind Song was his attempt to find a better compromise shallow draft boat which would sail well and be strong enough to resist the centre plate loads and to take the ground in relative comfort. 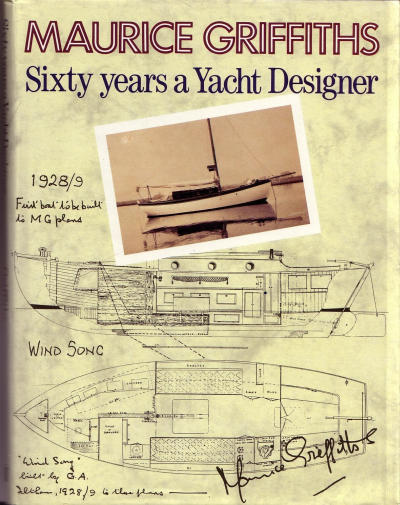